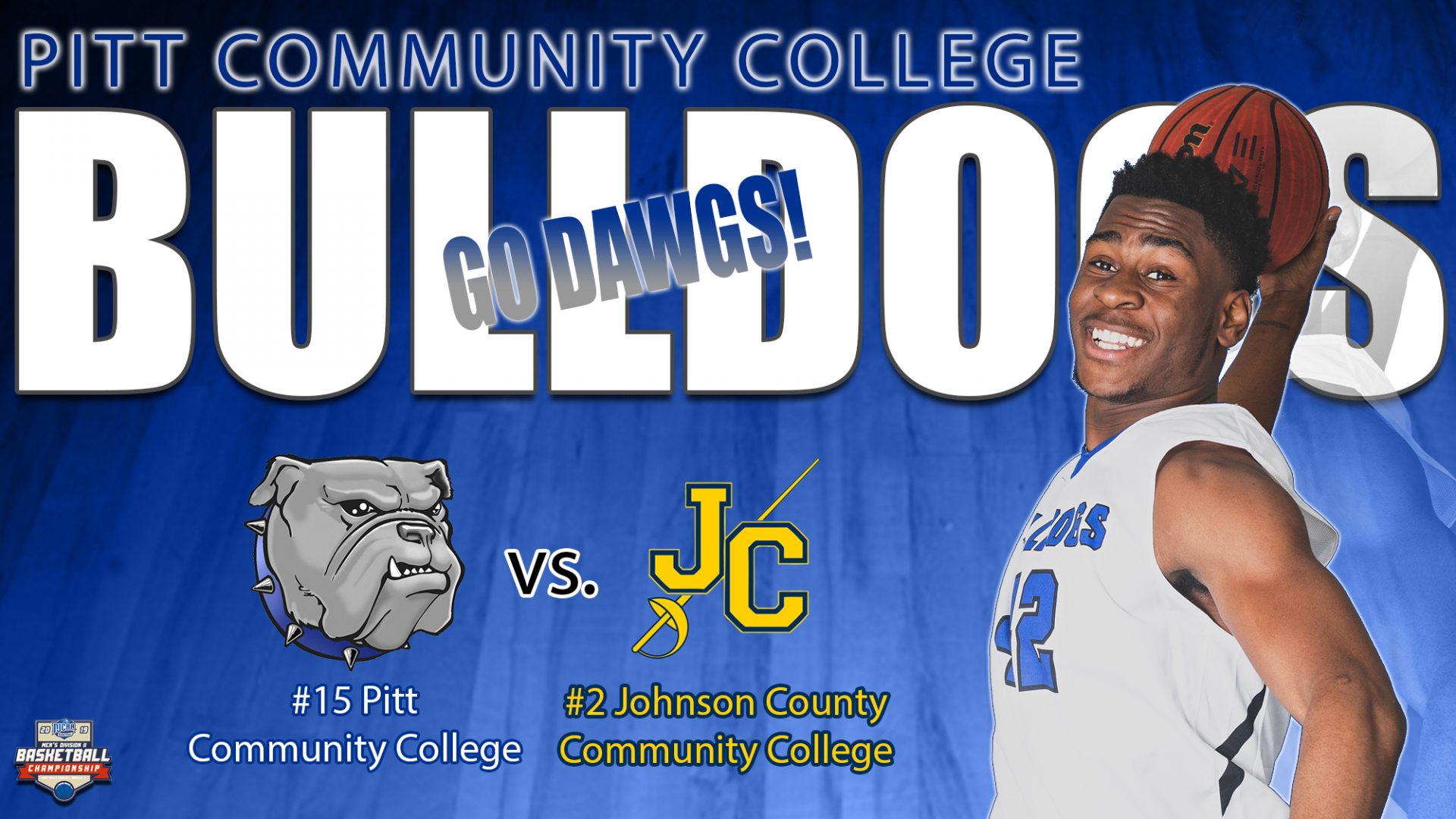 At 23-8 overall, the Bulldogs earned a spot in the 2019 NJCAA Division II Basketball Championship by claiming the Region X Conference regular-season title with a 17-3 mark. Seeded 15th in the 16-team tourney, they open play March 19 against No. 2-seed Johnson County Community College out of Overland Park, Kan.

PCC Coach Darrick Mullins, who was recently named the 2019 Region X Coach of the Year, said reaching the national tournament has been part of his program’s mission since he took over the helm in 2010.

“It’s an exciting time for Pitt Community College basketball,” he said. “I am most excited for the exposure for PCC and our student-athletes. We have remained focused on the journey and its challenges. Winning has been one of our team goals but never the purpose, as we look to change one life at a time.”

Pitt enters the national tournament having won seven of its last 10 games. All three losses in that 10-game stretch were to Wake Technical Community College, which earned the No. 8 seed in the national tourney by winning the 2019 Region X Conference Tournament.

“We will remain consistent with our core values of defending, rebounding and executing what we have implemented throughout the season,” Mullins said of his team’s national tournament strategy. “Mainly, we’ll continue to love one another, because we are and remain family.”

Freshman Reginald Clark, who was named All-Region X Second-Team, and sophomore Ben Cox, an All-Region X First-Team selection, are pacing the Bulldogs offensively. Clark, a 6-3 forward from Kinston, is averaging a team-best 13.7 points per game, while Cox, a 6-4 forward out of Williamston, is averaging 12.9 PPG.

The Cavaliers (28-4), meanwhile, are riding a seven-game winning streak, which includes an 85-76 win over top-ranked Highland Community College (KS) in the Region VI Championship on March 5. Sophomore guard Nick Larkin, who leads JCCC in scoring with 13.6 PPG, tallied 36 points in the title game.

“Johnson County Community College will be a very formidable opponent, based upon the record and film we’ve had a chance to view,” Mullins said. “They are the No. 2 seed in this tournament, which indicates they’ve had a good season.”

The Cavs are also led by sophomore David Turner, a 6-6 forward who earned Region VI Conference Defensive Player of the Year and First-Team All-Conference honors. Turner is averaging 13.4 points and 8.5 rebounds per contest to go along with 93 blocked shots and 24 steals.

Tipoff between the Bulldogs and Cavaliers is set for 4 p.m. (EDT) in the Mary Miller Center. The winner advances to the quarterfinals the following day at 9 p.m. (EDT) against the winner of Tuesday’s Dakota County (No. 7) — Lakeland (No. 10) matchup.

The top seed in this year’s national tourney is Iowa’s Kirkwood Community College. The Eagles are 27-4 this season.