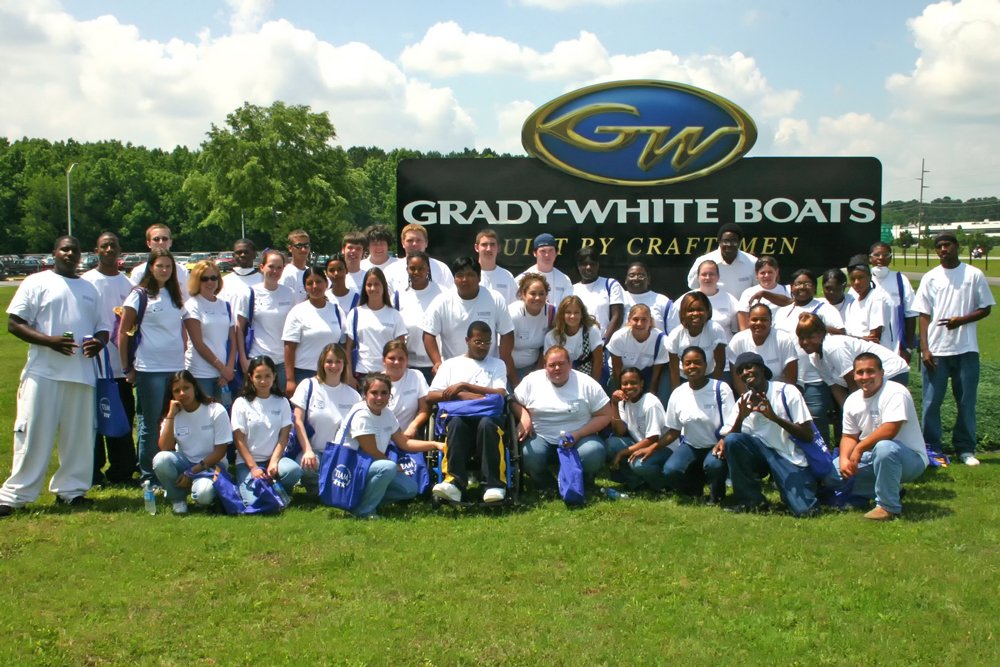 Called the VISIONS Summer Institute, the week-long event included PCC program tours and trips to local businesses and industries. It was designed to be an eye-opening experience for the 45 students chosen to participate in the VISIONS Career Development and Scholarship Program in the upcoming school year.

Started a little more than a year ago, VISIONS is a mentoring program developed the Eddie and Jo Allison Smith Family Foundation in conjunction with the PCC Foundation, Pitt County Schools and the Greater Greenville Community Foundation.

Eddie Smith, owner of Greenville’s Grady White Boats and the VISIONS program benefactor, proposed development of a program aimed at reducing Pitt County’s drop-out rate while increasing the number of Pitt County students attending college. Each of the students participating in VISIONS this year will be exposed to job opportunities and options available to them at the community college-level and will receive financial assistance to attend PCC.

Due to the success of the first VISIONS class of 27 students that graduated in May, Smith increased funding to allow 45 students to participate in the coming school year. All of the students taking part in the summer institute were selected during their junior year of high school and will receive special mentoring and advising throughout their senior year.

Mary Pippen, whose son was a VISIONS participant in 2004-05, has nothing but praise for the program. “It has been said that it takes a village to raise a child; VISIONS has been part of that village,” Pippen said. “It was an extended hand given to my son and an opportunity for him to succeed.”

Students who took part in this month’s institute participated in a number of hands-on activities throughout the week. At PCC, they were exposed to welding, machining, wiring doorbells, medical injections and airway insertions. They also drove a Basic Law Enforcement car simulator and tried out occupational therapy training techniques.

The group also visited Wachovia’s Dealer Finance Center, Viquest and NACCO. On the final day, they toured Grady-White Boats and received words of encouragement from owner Eddie Smith and others instrumental in the creation of the VISIONS program.