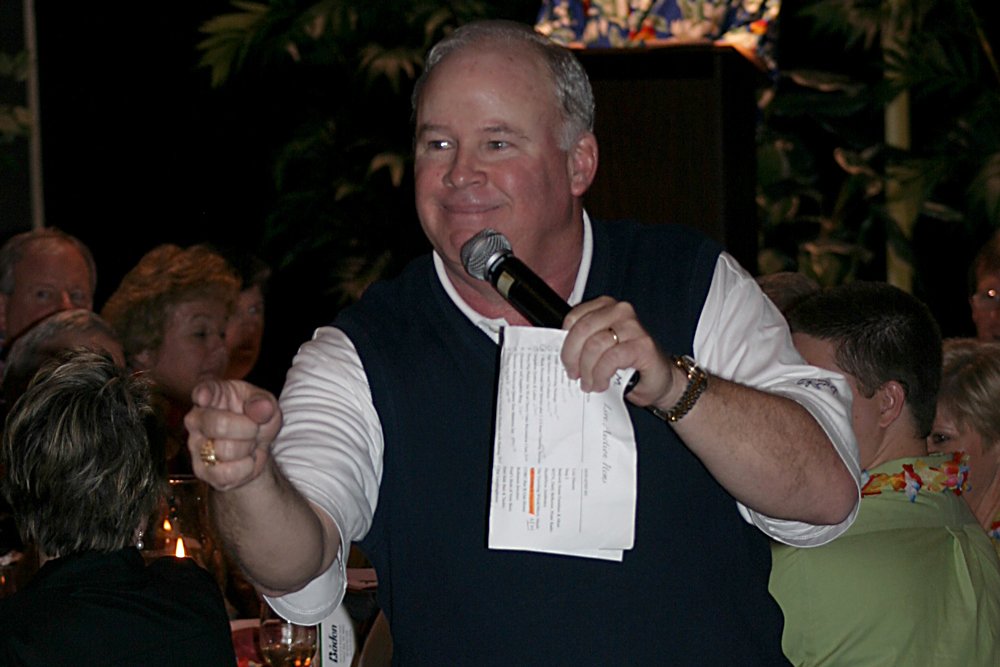 GREENVILLE—The bidding was fast and furious at Rock Springs Center as the Pitt Community College Foundation held its annual auction to raise funds for student scholarships and educational activities at the college.

Auctioning everything from a stainless steel gas grill to a cruise for two to Key West and Cozumel, Mexico, the April 19 fundraiser generated nearly $18,000 for PCC students.

“The scholarship auction was an excellent friend-raiser and fundraiser,” said Susan Nobles, Executive Director of the PCC Foundation. “We appreciate the community’s support for our scholarship students.”

More than 250 people attended the auction, and they had numerous items to bid on, nearly all of which were donated by local businesses and PCC supporters.

The auction included both silent and live bidding. The silent auction led the program off with items, such as lamps, tools, wine gift baskets and an ECU hat signed by new head football coach Skip Holtz.

The evening concluded with the live auction. Billy Clark served as the auctioneer, keeping the audience laughing while helping push the bids higher.

A hot-air balloon ride and picnic for two was one of the items up for bid during the live auction. To help generate interest, a large, black hot-air balloon was anchored in a field outside the main ballroom where the event was held.

Kevin Knapp from Walstonburg’s Airborne Ad-Ventures piloted the balloon and provided rides to auction attendees, taking them to a height of nearly 100 feet. The balloon trip eventually sold for $350.

With PCC graduate Brian Moffitt serving as Vice President of Marketing, Petty Enterprises contributed a number of items to the auction, including a NASCAR Ride-Along Experience and race-used sheet metal signed by Richard Petty.

“Those who weren’t at the auction missed a great event,” said PCC Foundation Board Member Donnie Skinner, who served as the event’s chairman. “We raised a lot of money for a great cause. I’d like to thank everyone who came out to support the college and the students we serve.”