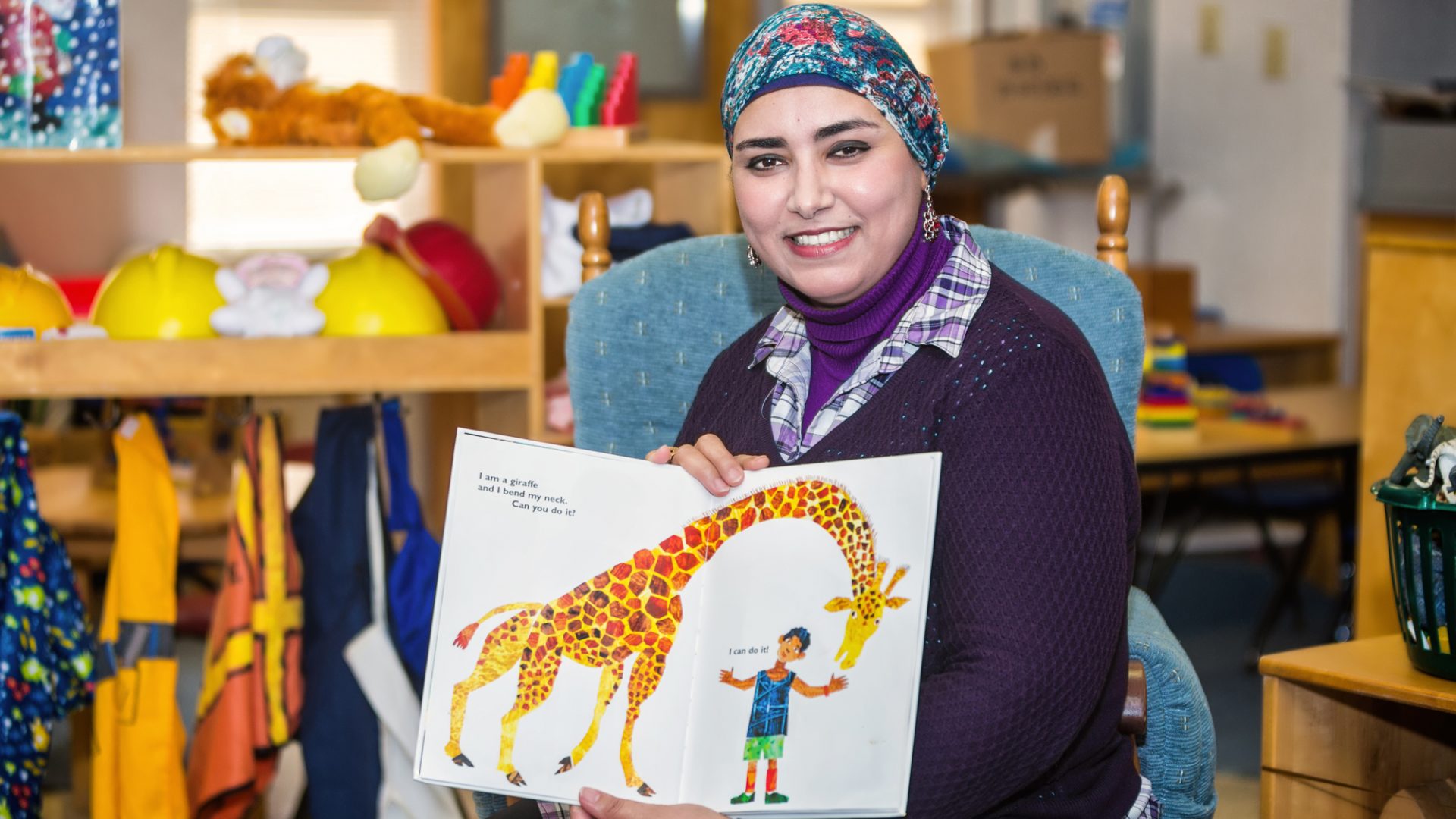 Ali will receive her award March 16, when PCC holds its annual Academic Excellence Awards program to recognize 55 of its best and brightest students. She says the award is a direct result of the support she has received from Pitt faculty and staff, particularly her instructors.

“I cannot thank them enough for their help, support and encouragement, which I had from the first day at PCC and still have now. They make PCC a great place for all students,” she said. “What I’ve learned during these past two years has changed my life completely and put me back on the path I intended to be on a long time ago.”

A native Egyptian, Ali came to the United States 15 years ago, having already earned a bachelor’s degree in Arabic and Islamic Studies in her home country. She moved to Greenville from Washington, D.C., in 2012 and says enrolling at PCC is the “best decision” she’s made since coming to North Carolina.

As a Pitt student, Ali has recorded a 3.95 GPA and is on track to graduate with an Early Childhood associate degree in May. She’s made the Dean’s List and is an active member of the PCC International Club, Phi Theta Kappa Honor Society, Gamma Beta Phi Society, and the National Society of Leadership and Success (NSLS).

In December, NSLS announced Ali as North Carolina’s recipient of its State of Mind Award. She received $1,000 through the honor, which is given to one NSLS member in each state for initiating or participating in a project that benefits the community.

“My experience with Pitt Community College has helped me to be successful and to be proud that I took the decision to start my degree,” Ali said. “I have been blessed with great opportunities, learned many things, met new people and been part of great honor societies that have helped me learn how to be successful.”

Four PCC instructors nominated Ali for the N.C. Academic Excellence Award, which is presented annually to a top student at each of the state’s 58 community colleges in recognition of outstanding classroom achievement and volunteerism. All four agreed she is an active learner who is eager to assist fellow students.

“(My) recommendation is based on the fact that I have not only seen for myself that she is an exemplary student and an excellent representative of PCC, but she has earned a reputation across the campus as such,” said PCC Developmental English and Science Instructor Edwin Franklin, who has gotten to know Ali through the college’s Scholars of Global Distinction program.

Developmental English and Humanities Instructor Regina Garcia noted that Ali has demonstrated commitment to excel in the classroom and enthusiasm for sharing her experiences with classmates.

“She has strong academic prowess and possesses a willingness to use what she learns, not only for the benefit of her own academic progression, but also for the good of her family, her community, and even the world,” Garcia said. “An excellent global thinker, a real ‘go-getter,’ a thoughtful classmate and student, and a committed scholar, Amira meets and truly exceeds all of the qualifications and criteria for this award.”

Despite her academic responsibilities and duties as a mother of four, Ali still makes time for community service. She volunteers at The Oakwood School in Greenville several hours each week, helping out with the booster club, assisting the school’s Fine Arts Support Team during concerts, and tutoring Arabic classes. She also chairs the school’s International Festival Committee.

“I like to help with making a difference in the world,” Ali says. “I like to see a strong community, and this can only happen when people get together and support it. I feel that I improve my skills when I help. Also, I meet new people and make good relationships with them.”