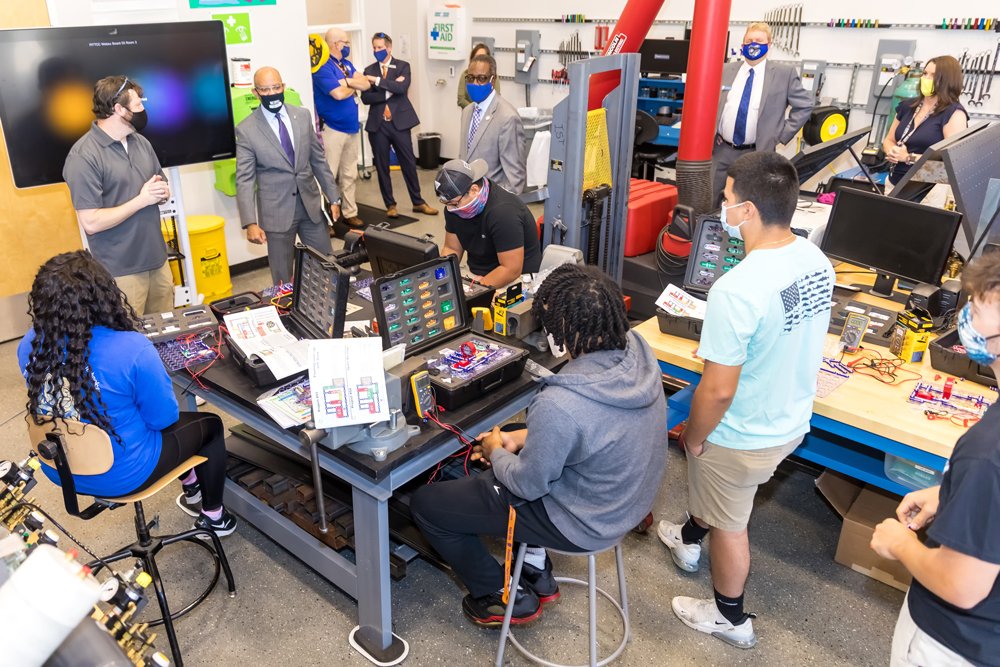 Three years after it began as a pilot with students from a pair of Pitt County high schools, the academy is increasing capacity, course sections and curricula options. It’s expected that more students will participate during the 2021-22 academic year than did in the first two years of the initiative combined.

Developed through a partnership between the college and the county school system, the PCC-PCS Technical Academy offers Pitt County juniors and seniors hands-on training in curricula not offered by their respective high schools. Students selected for participation are bussed to and from class on Pitt’s main campus at no charge. Their tuition, fees and books are also covered.

Each curriculum offered through the academy provides skills that can quickly lead to employment in stable careers featuring higher-than-average starting wages.

“This is a great opportunity for high school students to earn college credits and make significant progress toward a two-year degree at no cost to them,” says PCC-PCS Technical Academy Director Lynn Griffin. “We had 12 academy participants earn high school diplomas this month who are planning to return to PCC this fall. They’ll have about three semesters of coursework remaining to complete an associate degree that can open them up to a number of fantastic employment opportunities.”

PCC President Lawrence Rouse says the academy is an innovative means of promoting workforce development in Pitt County at a time when many of the nation’s construction trades are seeing more retirements than new workers joining their ranks.

“The PCC-PCS Technical Academy is important to our industry partners, who have identified the need to fill positions vacated by retiring workers,” he said. “These local employers expect to fill more than 600 job openings within the next few years.”

“Our goal is to have at least 60 participants in the fall, but we could end up having as many as 80,” Griffin said. “Due to significant student interest, we added sections in HVAC and Electrical Systems, giving us the potential for increased participation.”

After starting out with 20 students from Ayden-Grifton and South Central high schools in 2018, Rouse and PCS Superintendent Ethan Lenker signed an agreement expanding the program the following year. As a result, 43 juniors and seniors representing all six Pitt County public high schools participated in the academy’s second year.

Applications to participate in the academy during the upcoming school year are still being accepted from rising Pitt County juniors. For more details, contact Griffin at (252) 493-7653 or lgriffin@email.pittcc.edu. Additional information is also available on the PCC Technical Academy Facebook page.