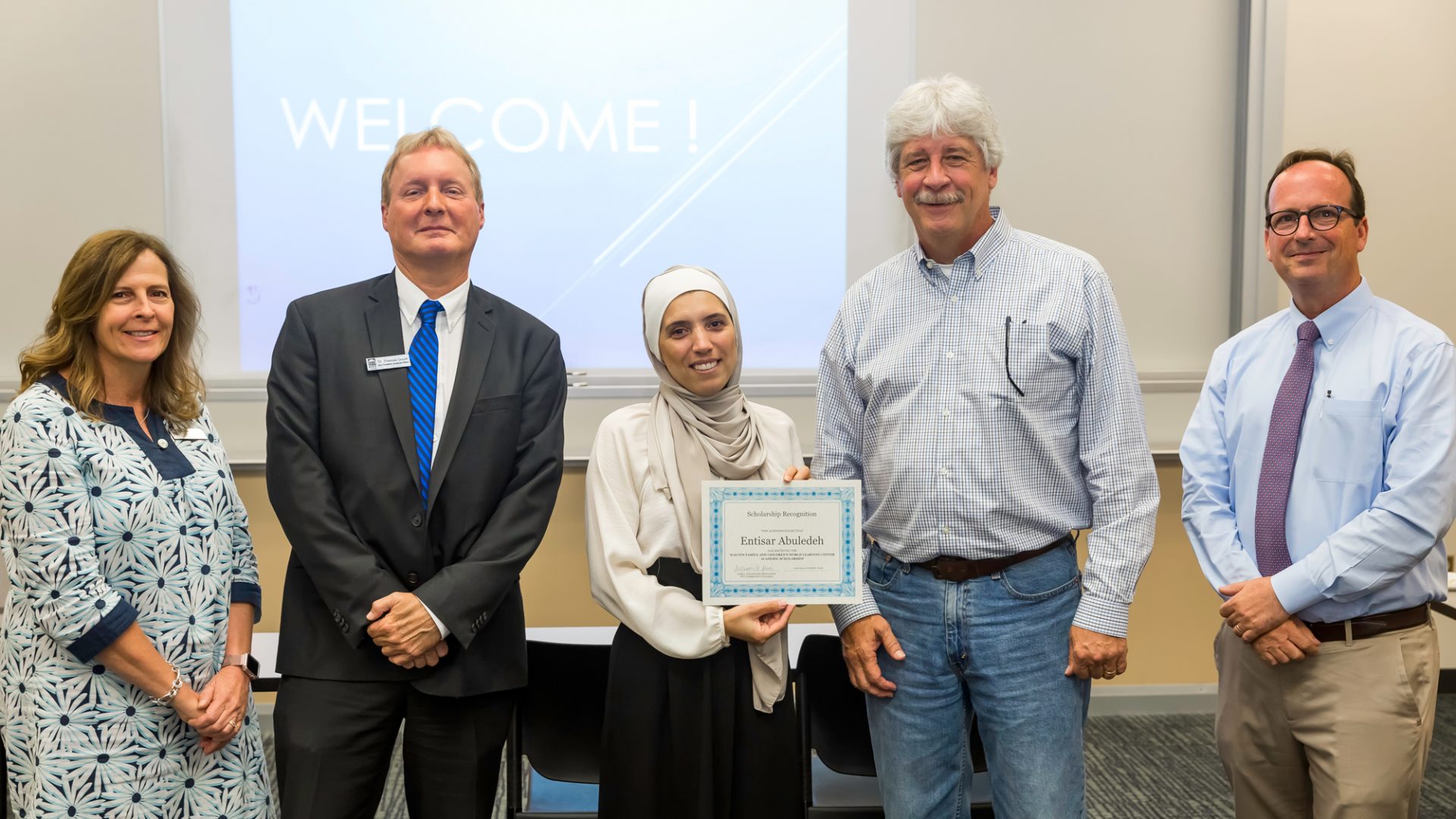 The award, which was established by learning center owner Billy Walton to recognize students for scholastic achievement and volunteerism, provides $400 toward Abulebdeh’s educational expenses. Upon receiving the scholarship this month, Abulebdeh thanked Walton for his part in building a better future for children today and generations to come.

A Dean’s List student and vice president of the PCC Early Childhood Education Organization, Abulebdeh has a 4.0 GPA. She is on track to receive an associate degree in December.

Melissa Rees, chair of the PCC Early Childhood Education Department, says Abulebdeh has “a keen interest in the education of our youngest children” and noted that she serves as both a youth group counselor and religious teacher at the East Coast Islamic Center.

“Entisar is very involved in her community through volunteerism at childcare centers and many outreach projects through her mosque,” Rees said. “Her future plans include working in an early childhood classroom and possibly integrating her Arabic language skills into the curriculum.”

Earlier this year, Abulebdeh was one of 54 PCC students to receive an Academic Excellence Award. During the ceremony, she also received a special award for being a top student in the college’s Public Services and Fine Arts Division.

In addition to her service with her mosque, Abulebdeh has volunteered at the PCC Foundation’s Down East Holiday Show and the Food Bank of Central & Eastern North Carolina. She has also been an exhibitor at the Martin/Pitt Partnership for Children’s KidsFest event.

Consideration for the Walton Scholarship is given to students who demonstrate need, scholastic merit, and service to the community.