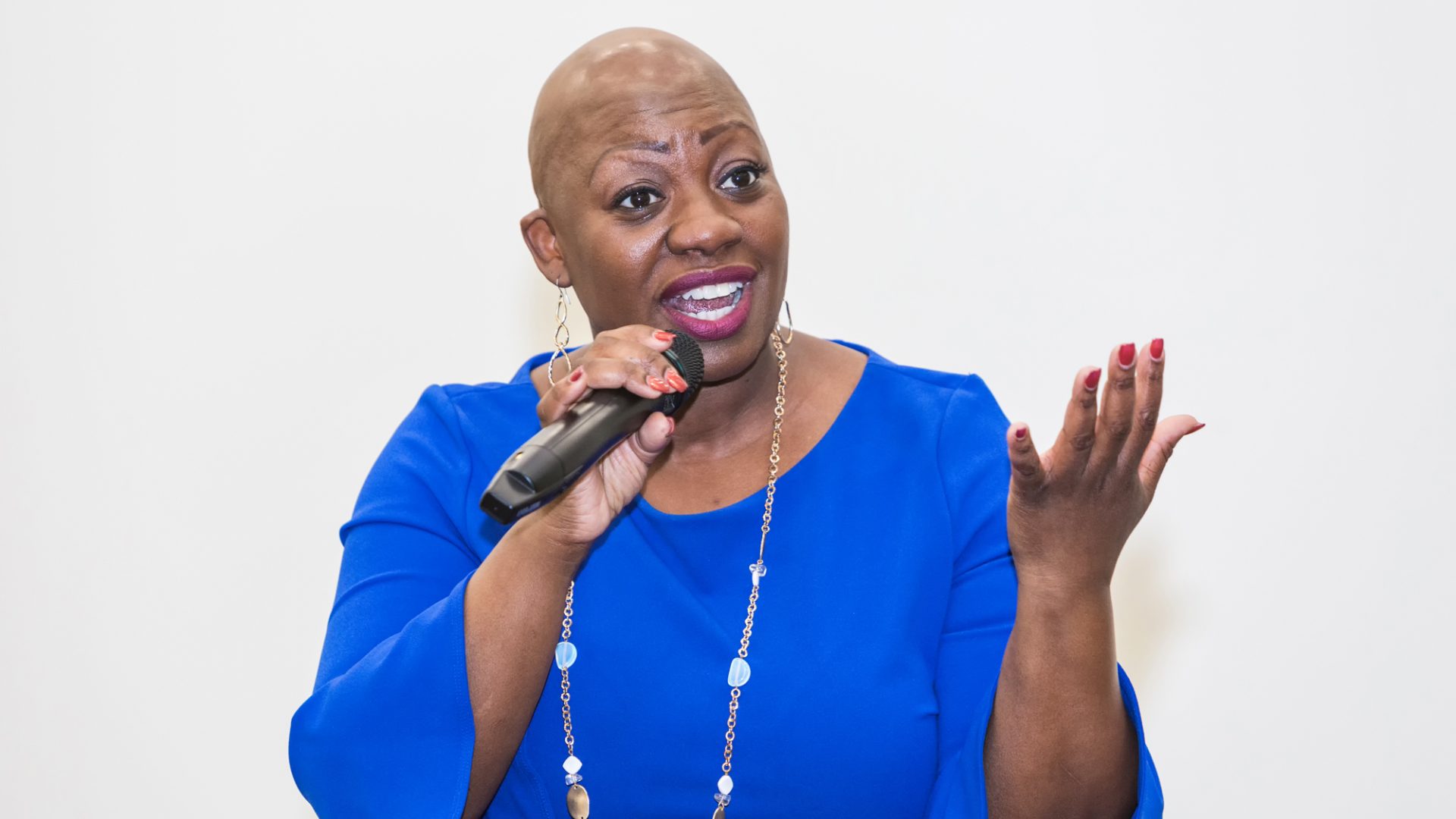 WINTERVILLE—Motivational speaker Sandra Dubose offered inspiration to those attending Pitt Community College’s Women’s History Month program Wednesday by telling the story of how she regained her self-esteem after an autoimmune disorder resulted in permanent hair loss.

Dubose, who lightheartedly refers to herself as the “Bald Beauty Queen of Self-Esteem” these days, was 25 years old when she suffered from alopecia areata, a condition in which the body’s immune system mistakenly attacks its hair follicles.

Though losing her hair dealt her a “devastating” blow, Dubose said it resulted in soul-searching and gave her an opportunity to evaluate the concepts of self-esteem and beauty. She said she eventually grew to accept that her hair wasn’t coming back, there was nothing she could about it, and it was time to move on.

“Sometimes, life doesn’t turn out the way we want it to …,” she said. “Nevertheless, you must persist.”

Dubose, who is also an author and jazz vocalist, spent much of her presentation discussing four of the six principles for healing emotional wounds and building healthy self-esteem that she details in her book, “My Crown and Glory.”

The first principle, according to Dubose, is understanding that people have the power to determine the values they give to their life’s experiences. “You assign the value of your experiences, how much they mean to you,” she said.

“Healing the inner child,” Dubose says, is the second principle. “Don’t let the wounds of your past bleed into your life today,” she said, adding that internal strife must be properly addressed, even if it requires turning to someone else for help.

Practicing forgiveness is the third principle Dubose cited. Calling it the “secret sauce to healing (emotional) wounds,” she said there is “power in forgiveness” and noted that it is just as important to forgive one’s self as it is to forgive others.

“Allow (forgiveness) to make you better, not bitter,” she said.

In closing out her remarks, Dubose touched on the final principle, defining success. She said people must determine if they are seeking what they want in life or what they think others expect them to want. Ultimately, individuals should trust their gut and be prepared to “go against the grain” if that is what’s needed.

“I can’t wait for everyone to sign the petition to let me be me,” Dubose said. “Some people can’t even let themselves be who they are.”

PCC has held a program each March since 2001 to celebrate the achievements of women as part of Women’s History Month. The event is sponsored by the college’s Multicultural Activities Committee and Women’s Resource Center.